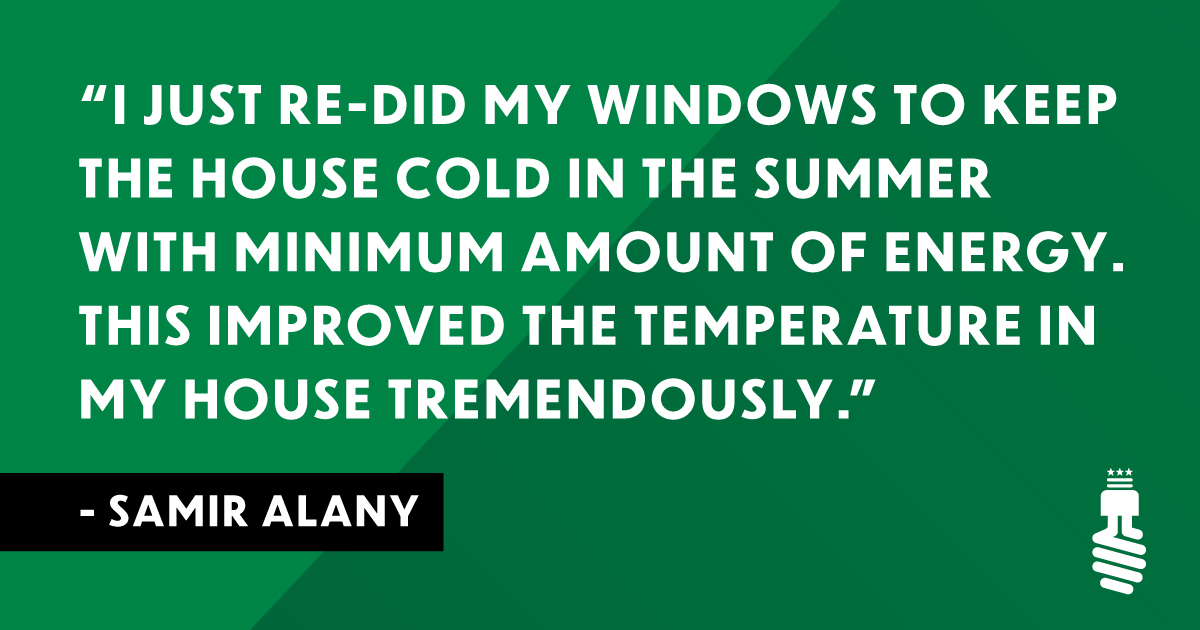 One of our August random drawing winners, Samir from Ward 5, talks about taking the Reduce Energy Use DC pledge!

“This is my first time winning something before!”

Samir Alany resides in Ward 5 of The District and took the pledge for a variety of reasons. Samir believes it’s essential that everyone all over the world participates in saving energy, not just in D.C. “Taking this pledge will help my friends and I make the most out of the electric we’re getting with minimal amount of footprint,” says Mr. Alany.

Samir further explained his reasoning for participating in the Reduce Energy Use DC initiative by speaking about the causes of climate change.

“When we look at climate change, global warming, and how energy resources are getting depleted, it’s very important for everyone to do their part and participate in helping the environment, and also helping everyone else all over the world save energy.”

Samir also explained how the excessive use of energy has led to bigger problems such as rising temperatures.

“Gas house emissions are being released as a result of such energy resourcing. It’s what’s causing the global warming that we see today. I 100% believe that the significant weather changes all over the world have contributed to emerging viruses and diseases.”

During these hot summer months, it’s easy to keep your A/C on throughout the day without thinking twice about how much energy you’re actually using. Samir experienced this problem before taking the pledge, and now says his A/C runs almost half of the time.

“I just re-did my windows to keep the house cold in the summer with minimum amount of energy. This improved the temperature in my house tremendously.”

Mr. Alany’s favorite green space in The District is Rock Creek Park, but he also says there’s another D.C. business he supports that actively fights to protect our environment. “Bike Rack is spreading the word about using more bikes to reduce emissions. They have programs to teach kids and those who can’t bike, and encourage them to bike opposed to driving cars.”